At 12 knots the ship will pass through the canal in a convoy taking about 12 hours. The canal was officially completed in 1869 costing 100 million dollars and earns over five billion a year now.

The Statue of Liberty was built to sit at the Mediterranean Sea entrance with the torch used to guide boats into the canal. Egypt didn?t have the money to finish the statue so the designer moved it to New York.

The canal once had the name, The Canal of the Pharaohs and Cleopatra may have sailed it. The water level of the Mediterranean at one end and the Red Sea at the other are the same so need for locks like in the Panama Canal. At points it feels like one could reach out and touch both sides from the ship with the minimum width of 200 feet. Plans to create a second lane are in the making and at some points along the way there are already passing lanes where boats sit waiting for the convoy to pass.

We had nine ships in our convoy and requested to be last. When entering the canal we quickly realized we were number two in line. Anchored just past the opening into the Red Sea were twelve ships waiting for their turn to pass through to the Mediterranean Sea.

And yes the cost to transfer through the canal is $250,000 pounds. However when you figure the time and fuel saved for this shortcut, that cost is insignificant. I figured at a minimum with all passengers paying for an inside cabin, that the ship is making over 24 million dollars for this cruise! And of course over half the rooms are outside cabins costing double the inside cabins. 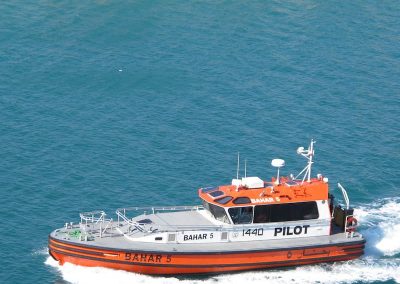 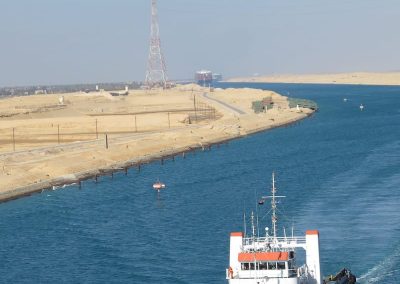 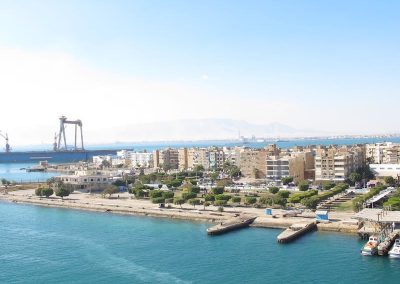 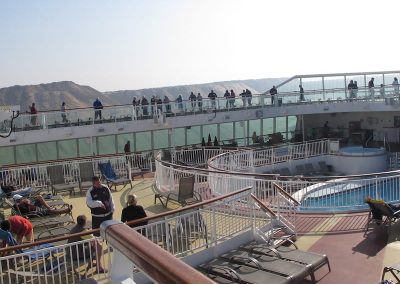 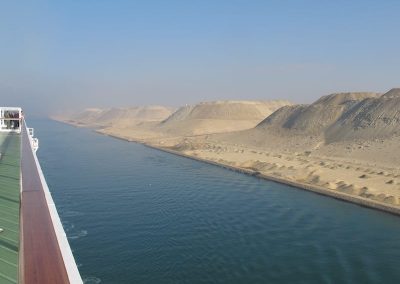 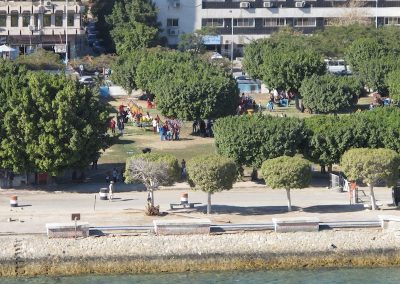 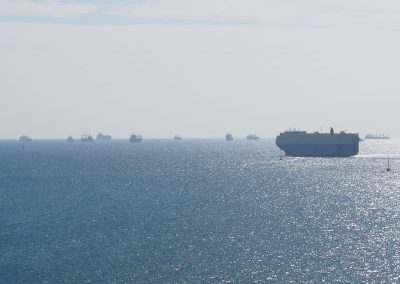 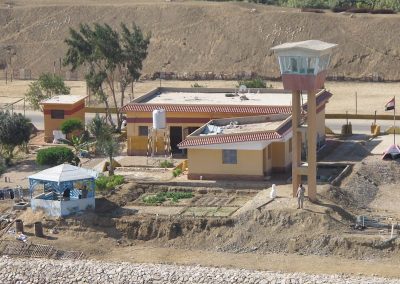