An extraordinary Open Air Museum
Holding onto the rope attached to the door of the thirty-year-old Suzuki taxi van offered me safety from the hot asphalt snake dominating my day. The wood benches lining the walls seemed invisible because of dozens of people held in place by each other. Handmade bags of cuscus fur (called bilum) covered the holes in the floor. Only females carried bilum bags sized small enough for a child to carry a few vegetables in, or for an adult to carry small pigs home from the market. Bilums have long straps, and the girls and women loop the straps around their foreheads and balance the bags over their shoulders and down their backs.

Rice sacks (filled with yams or thousands of betel nuts), children, and baby chicks pleading for their mothers, fought for room to breathe in the van. A child sitting on my feet peeled an orange and discarded the peelings in my lap after quickly wiping her hands on my pant leg. Everyone seemed to be hugging a neighbor, holding on tight as the taxi driver maneuvered the corners while he looked for a CD hiding under his seat. The twelve kilometer trip to the first village took almost two hours, not a concern for the locals.

The country that appears on the outside as one of the last great frontiers quickly adopted western ways with their cell phones, radios, and generators for satellite televisions. So why is there no money for shoes? 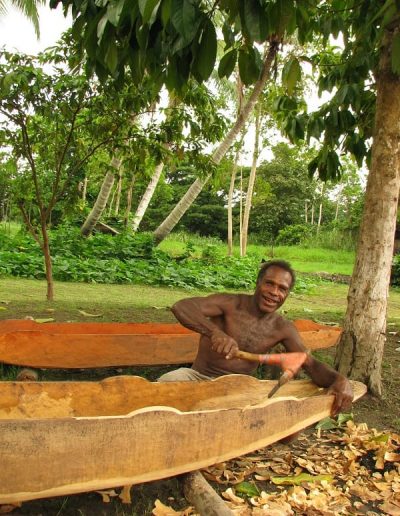 Carving a dug out canoe 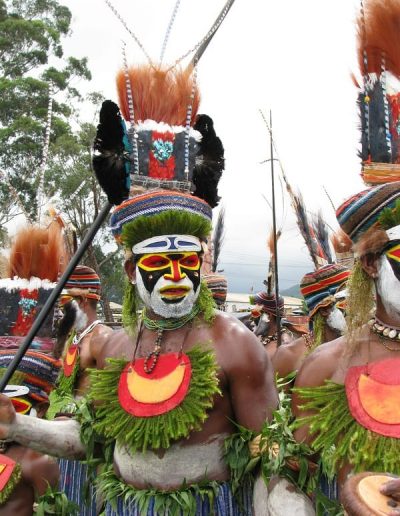 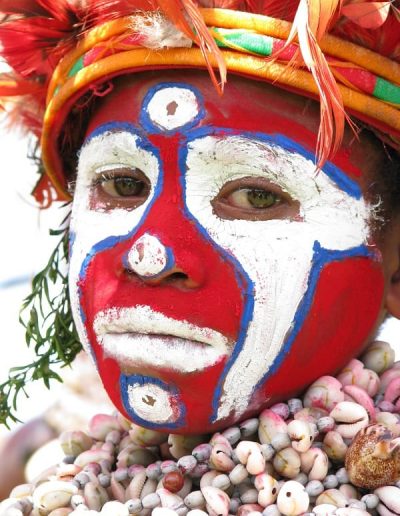 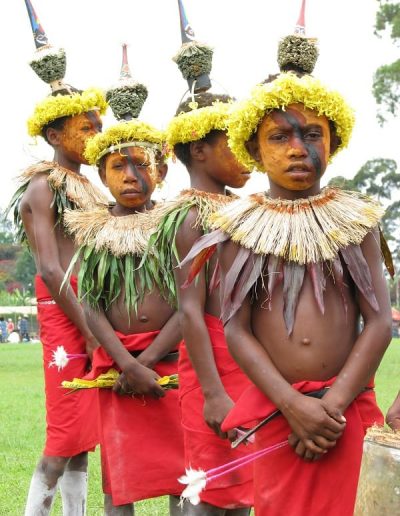 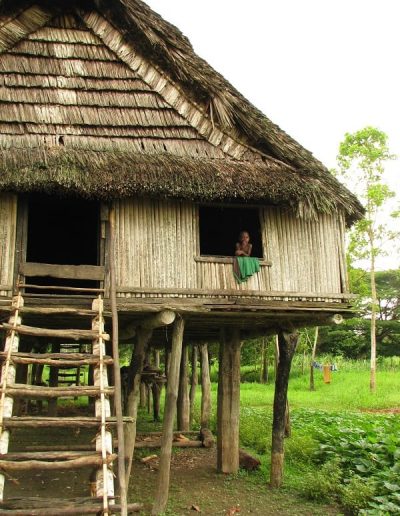 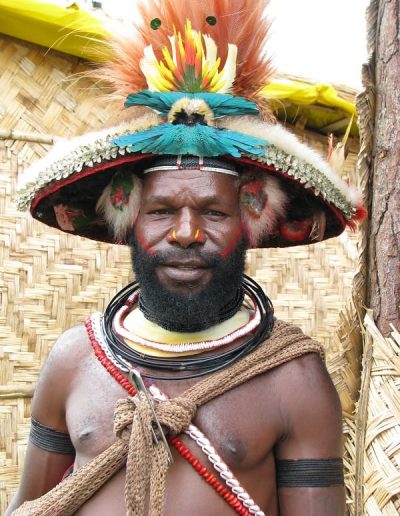 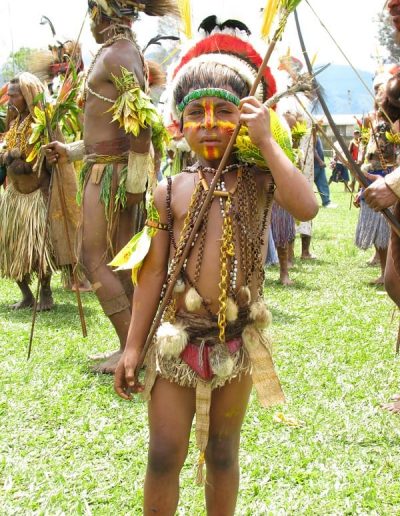 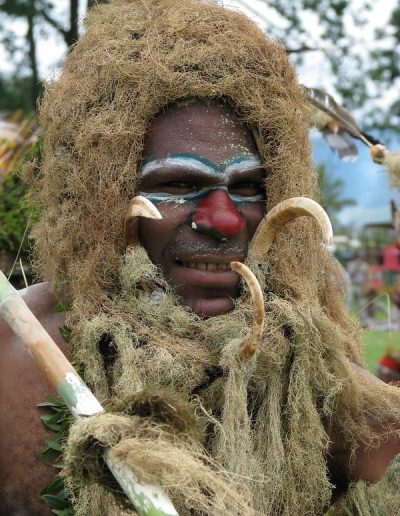