Day of the Crazies in Mexico

San Pascual, born into a peasant family in 1540, spent his youth tending his flocks of sheep in the fields of Aragon, Spain. He dedicated his life to his Franciscan brothers as a shepherd and cook and was responsible for numerous miracles on behalf of the grieving and poor. In 1690, after his death, Pope Alexander VIII recognized him as a saint of the Catholic Church. San Pascual was known for his ecstatic visions during his obsessive praying.

Pascual was known as a patron of field workers, so the agriculturalists, or hortelanos, of San Miguel de Allende, Mexico, initiated dances to flute and tambourines, dressed as scarecrows carrying rakes and farm equipment. They gave food products from the fields to the townspeople who came to watch. Eager to win favors from San Pascual, the saint, the locals hid behind wild disguises to avoid being recognized. The Day of the Crazies became a tradition in San Miguel. [Locals say elDia de losLocos.]

Over 1000 costumed crazies are organized into groups by parade representatives. Brightly colored floats on truck beds (which include advertising for the businesses sponsoring the groups) carry speakers blaring music and gifts of candy (long gone are the gifts of fruits and vegetables) thrown at the thousands of onlookers. Some of the costumes are extremely ornate and complicated as one can see in the photos of cave men dancing across the street from my house as they prepare to finish their parade at the San Antonio neighborhood church. 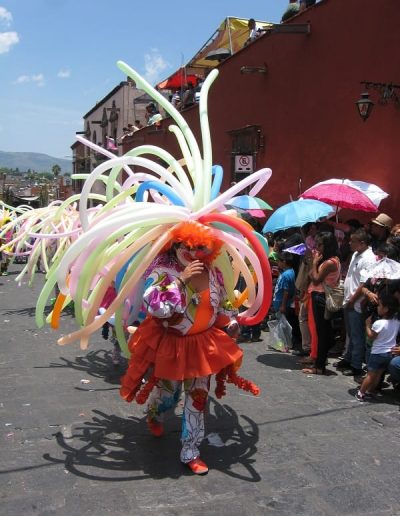 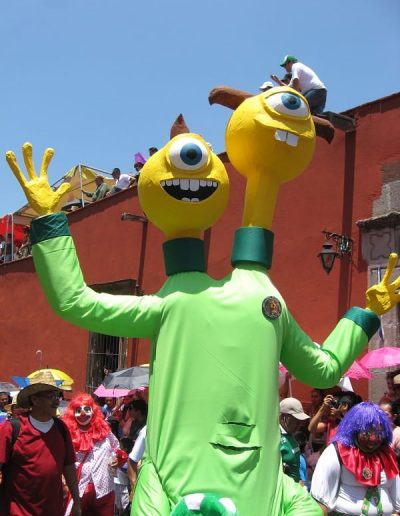 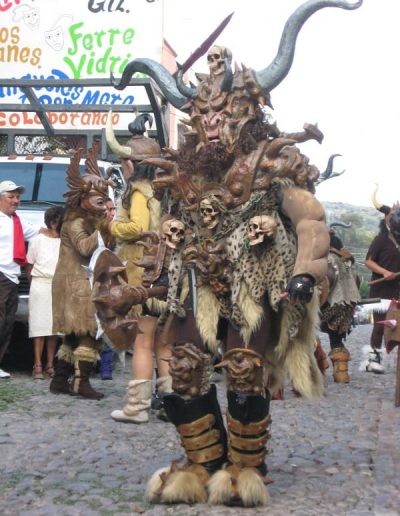 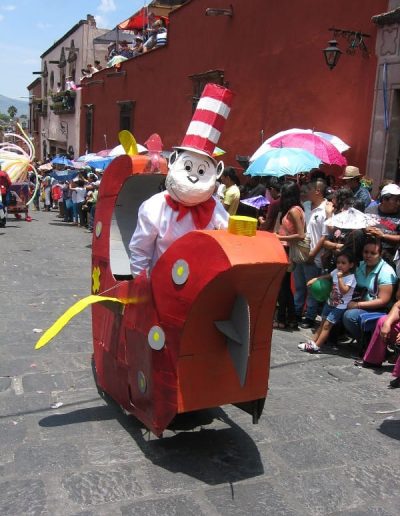