Sorrow prepares you for joy.

While a friend tried to bargain with her few words of Spanish, I noticed children playing across the street. I wanted to capture their innocence and creativity within their homeless boundaries of living. After a few seconds of videoing their pretend drumming, I felt the older boy pulling at my shirt sleeve and yelling frantically. He pointed across the street at something, but I had no idea what he meant. The second boy took my opposite sleeve and pulled me toward the street.

My taxi driver, who spoke not a word of English, came running toward my side of the road, trying to help. He understood the cause of the children?s cries and motioned for a woman, carrying a small cooler, to cross to our side of the street. She opened the cooler to reveal homemade ice cream in plastic cups with sticks poking this way and that. The boys assumed an ice cream treat and they dug deep into the cooler for two chocolate frozen cups. The taxi driver handed the cooler-woman a peso note while catching my attention with a wink and smile.

I don?t try to understand the lives the homeless people live. The mother sat in the background on a pile of cardboard, with a tiny baby attached to her breast. Bone-thin, the whole family lived in this little alleyway, knowing that tomorrow?s existence depended on today?s smiles. 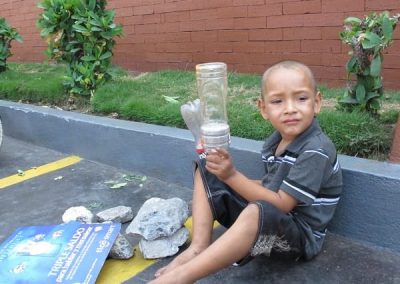 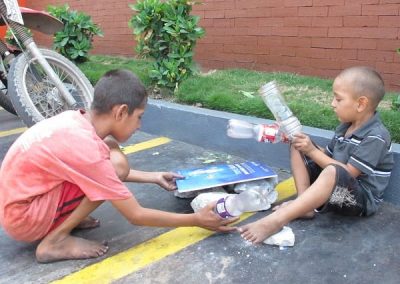 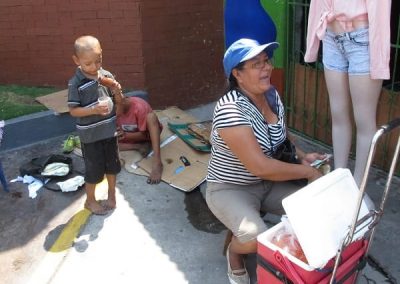 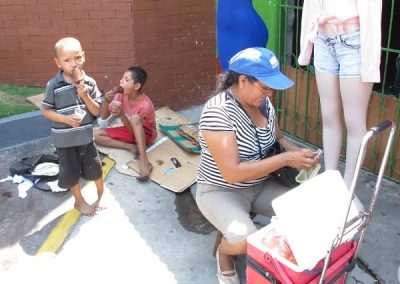