Everyone purchases something from a vendor at some point in their lifetime like a cold drink, flowers, a pretzel, or a hot dog. Statistics state that more than half of vendors source the goods they sell from business enterprises although they will convince you their father dove for those pearls the night before and then the mother strung them fresh for your purchase.

Near the New York City Central Park Zoo, the yearly permit for a pushcart concession stand can exceed $280,000. An owner of a cart in Central Park West can make $2000 a day in the summer and $200.00 a day in winter. The Chicago parks department puts out bids every year for pushcart concession stands adding $4.5 million annually to the city?s general fund. Outside the USA, street vendors are an integral part of urban economies. Some people enter vending because they cannot find employment in the traditional retail sector. The competition is rough because of price fluctuation and insecure employment.

In countries less developed, bribes are paid to local police as high as 20% or more. Street vendors are associated with encroachment of public spaces, causes of traffic congestion, unsightly shelters, inadequate hygiene, and poor waste disposal. Government agencies are not authorized to verify the contents of food, which causes concern for the safety of food. Many cities (like Tijuana just south of the border from San Diego) don?t recognize the problems vendors have because the people?s lives are dedicated to that kind of commerce, and there is a built-in tolerance to vending problems. Social interaction at street carts or booths is part of daily life in contrast to the mechanized and sterile concept of shopping inside a modern structure.

One problem I have seen all over the world is what I call copycat selling. Every stall sells the same thing and all get their products from the same warehouse. Are there really that many people that want the same thing like the men selling the opportunity to have your photo taken with the zebra/burro on all four street corners?? And yes to even take a photo of the hand-painted burro (which I will have to admit from a distance looked like a zebra) you had to pay money. The fourth corner burro-owner would not allow me to take the photo, but three corners of one city block are shown in photos here. 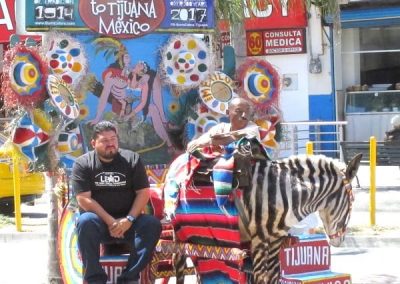 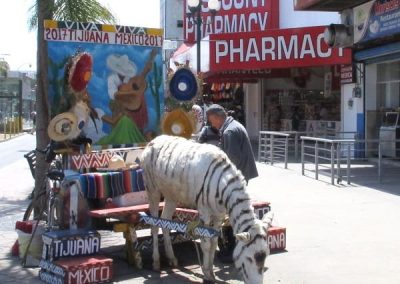 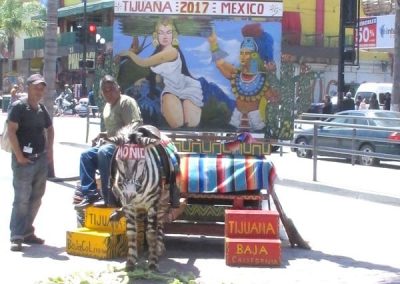 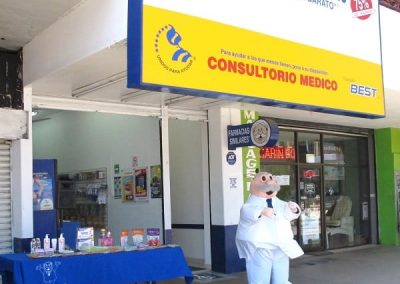 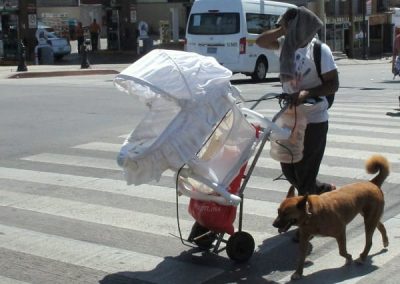 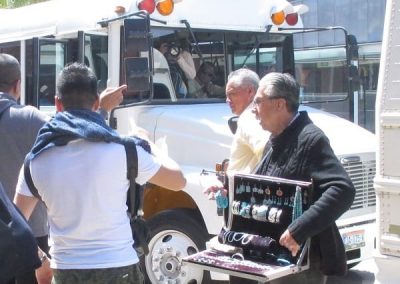 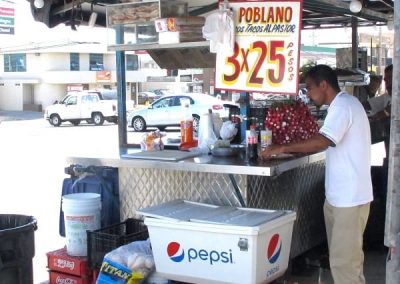 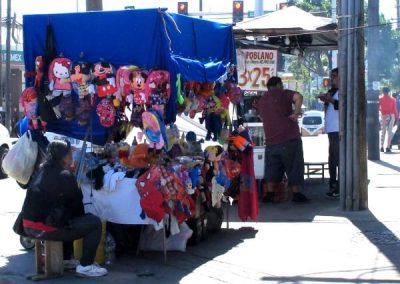