One of the greatest regrets in life is being what others would want you to be, rather than being yourself.

Elisha Whittington likes to take the credit for being the original human statue at Fisherman?s Wharf. He may have been standing motionless all those years but had no problem in moving people. He said, ?I want to give San Francisco a living piece of art. A street artist posing as a statue or mannequin for hours at a time is referred to as a living or human statue.?

Places known for high levels of tourism and foot traffic are perfect for performing as living statues also called busking. The actor gives the illusion of total stillness while passers-by do not realize the statue is a real person. A small gesture like a smile or hand-wave from the statue can cause complete surprise. Those moments of interaction can result in a tip for the busker. Having the ability to interact with the crowd directly effects on the amount of money they make from day to day.

Groups of living statues were a common sight in medieval and Renaissance festivals. Elaborate stands decorated to look like monuments were typically placed along the route of royal entries coming into cities. The German dancer, Olga Desmond, in the early 20th Century put on a show called ?Evenings of Beauty?. She posed nude to imitate classical works of art and called them living pictures.

Fisherman?s Wharf still has its share of living statues. They want a tip if you take their photo (which is only fair when I think about the effort of standing still for hours at a time). There is also time spent with the makeup going on and then coming off each day. The most fun, however, is not watching the statues but instead watching the reaction of the crowd as they jump or laugh when they realize the statue is real. 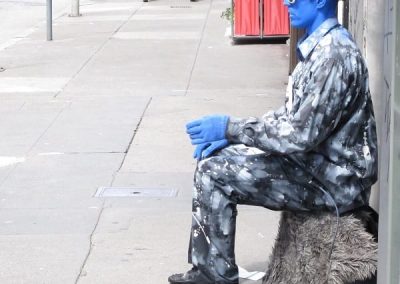 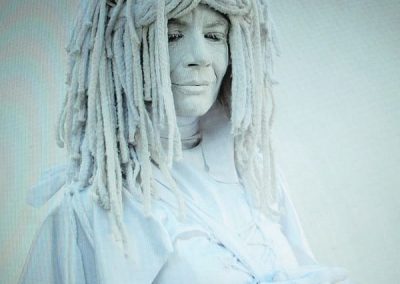 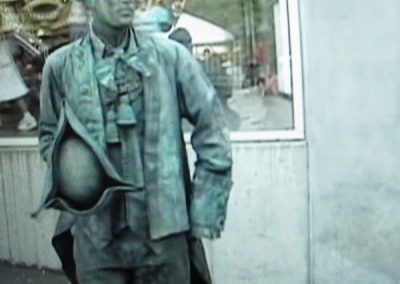 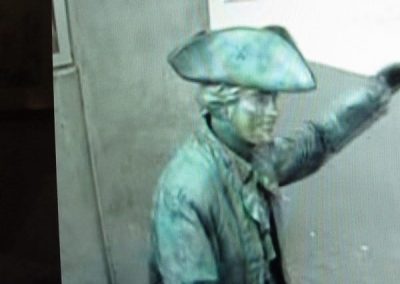 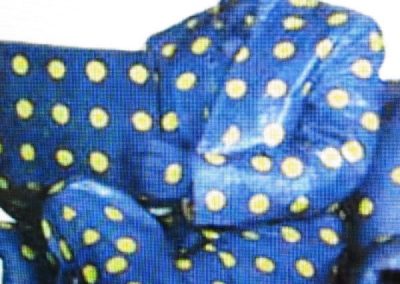 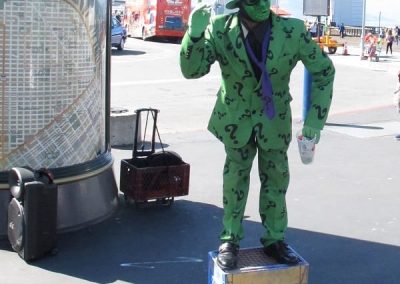 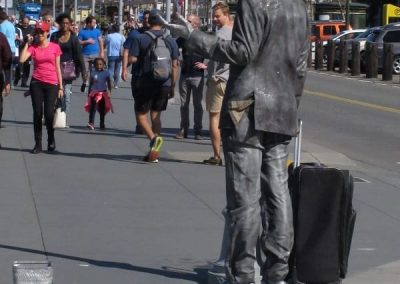 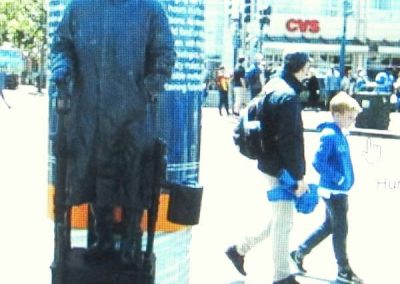