Happiness doesn?t depend on any external conditions, it is governed by our mental attitude.

Don?t let his incredible fierce looking body adornments scare you away from getting to know a little about his positive attitude. Maturity has a different meaning in his life. When I asked when his son would be getting his tattoos he said, ?When he is ready. We don?t believe that a certain age is proper for when a person is responsible enough to accept adulthood. Each person walks a different path and grows to adulthood with their own strengths.? Chris received his tattoos when he was 26 years old and said it was something he could never find a word for other than pure torture. For three hours he endured the most pain he could imagine possible.

Witnessing a tattooing with locals, I couldn?t believe the archaic methods they were still using. A small prong extended from a pencil-like stick (think of a shrunken axe). This was the tool used to make the design and a tiny mallet or wood hammer tapped the prong into the skin. The end of that prong looked like a razor sharp piece of metal, which I assume was sizzling hot as the scarring was immediate after the device touched the skin. Local people were working on a woman?s upper leg while I watched. I was touched by the sense of pride that these people feel for their heritage to want to live through such pain for hours on end.

Samoan women cover their legs and arms, meaning nobody would ever see her artwork. Only she would have the satisfaction of wearing her culture as close to her heart as possible. 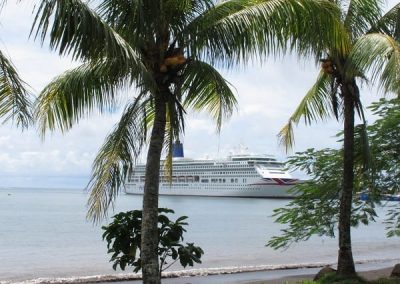 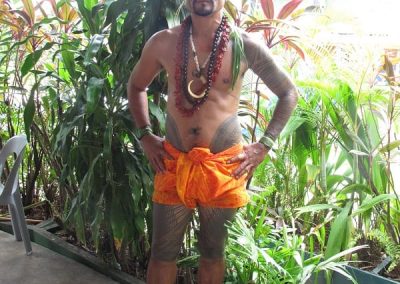 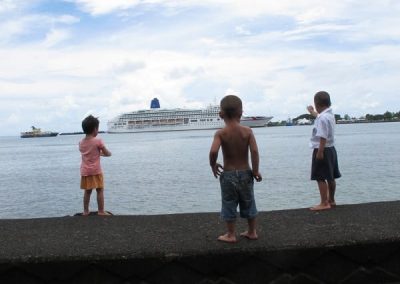 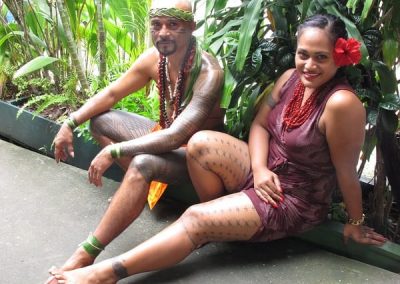 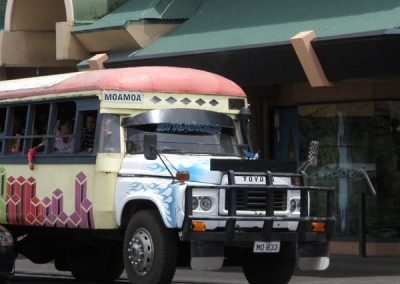 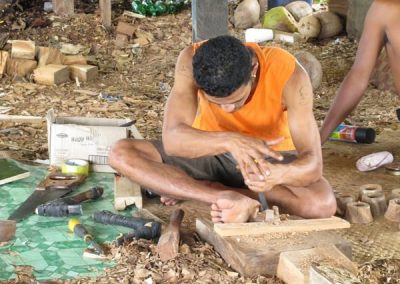 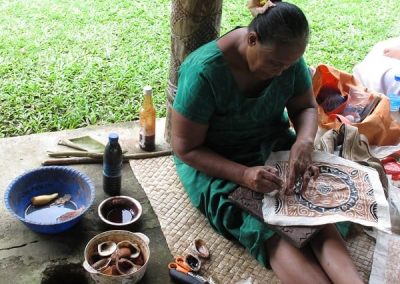 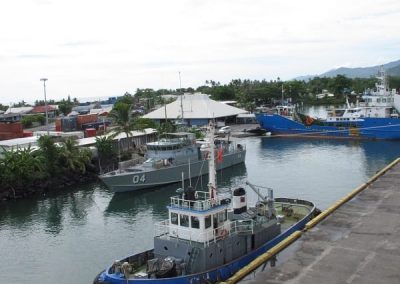