Life shrinks or expands in proportion to one’s courage.

Far from the skyscrapers and museums is a place where people move to their own tune and still practice the stories of love, legends, and history through the art of dance and song. An unusual group of tribesmen, the Sawau, have a skill called fire-walking where they walk over white-hot stones.? I asked the Priest, who bowed several minutes over the smoking fire-pit before walking over the hot stones, ?Is your skin hot or burned after you do this?? He said, ?No we have the help of God.?

In Figi, the legend of how fire-walking began started about 500 years ago with a story about a villager, Tunaiviqalita, who was searching under a stone for an eel and found a small man wrapped in a cloth. The man jumped out and said, ?Don?t kill me; give me life. I will make you the strongest man on the island.?

Tunaiviqalita replied, ?I am already the strongest on the island.? The little man then said, ?I will make you very rich.? The young villager replied, ?I have no need for money.? The small man said, ?If you don?t kill me I will give you the gift of walking on fire.? The small man fulfilled his promise. Tunaiviqalita passed his gift of fire-walking through his blood line in the Sawau Tribe, and his descendants today are still able to walk on hot stones without burning their feet.

Fire-walking has existed since 1200 BC and supplements rites of healings, faith, initiation, and justice systems to prove guilt or innocence. Fire-walking implies that the feat requires the aid of a supernatural force, strong faith, or an individual’s ability to focus on “mind over matter”.

However, modern physics has explained the phenomenon, concluding that the amount of time the foot is in contact with the ground is not enough to induce a burn and embers are not good conductors of heat. 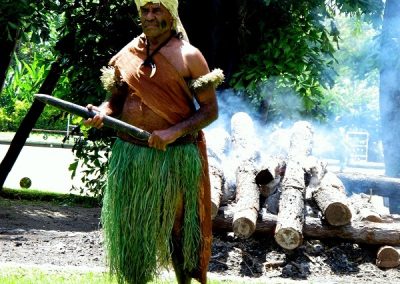 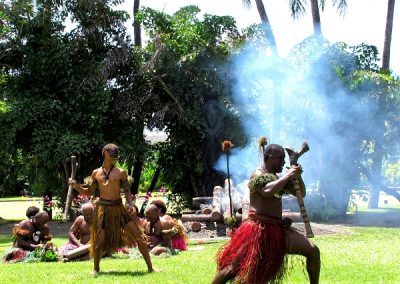 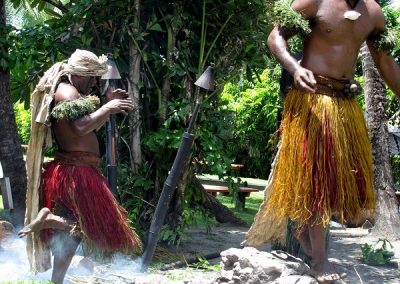