A people without the knowledge of their past history, origin, and culture is like a tree without roots.

A visit to New Zealand isn?t complete without learning about the Maori tribes who are central to New Zealand?s identity. Only by visiting a marae (tribal meeting ground) or listening to their tribal songs and stories did I come to appreciate the passion these people feel for their history. While singing, they shake their arms and hands, representing life. In a war dance, their eyes bulge out while every muscle in their body fills with adrenaline, representing their scare tactics. Twirling sticks are part of the attack plan as well as sticking the tongue out on their chin to additionally scare an attacker.

Reading a Maori legend helps us understand the significance of these ceremonies in Maori culture. One such legend told that in the beginning there was only darkness. In the void of that empty space a glow appeared creating Ranginui, the sky father, and Papatuanuku, the Earth Mother, who clung together with their 70 sons in darkness. The children argued as to how to manifest night and day. The fierce Tumatauenga (god of war) argued that they should kill their parents. Tane Mahuta (god of the forests) counselled to separate their parents to achieve their goal. Tane?s wisdom prevailed and he began to use the mighty strength of his legs to separate the anguished Rangi (Ranginui) away from the agonized Papa (Papatuanuku). In doing so he distinguished night from day. In Polynesian mythology, the elements and every part of nature are descendants of these two people, Rangi and Papa.

Legends tell of Tieke, a pet blackbird who sat on his master?s shoulder and watched him making nets from flax. The sunburn color on the bird?s back was caused by disobeying his master?s wish to find shade from the hot sun. Then there was Maui who fished up islands out of the sea with his magic fish hook and Paikea who journeyed to New Zealand on the back of a whale. The stories represent the spiritual bonds between the natural and human world and the Maori respect for nature. 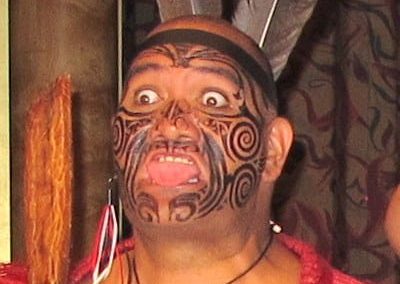 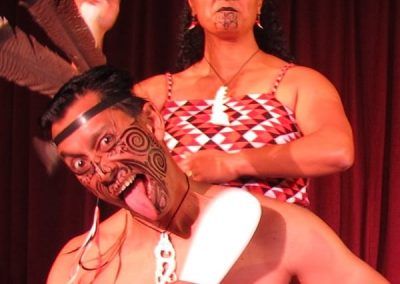 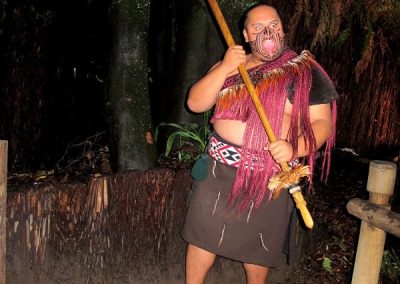 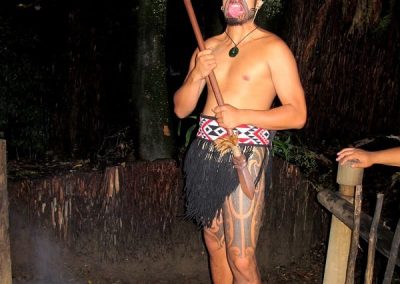 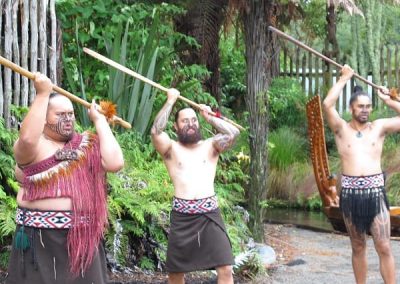 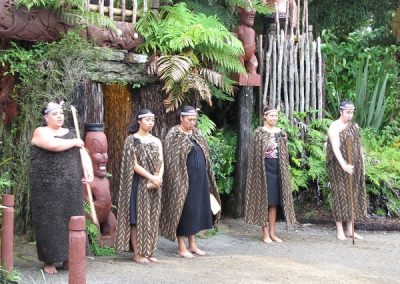 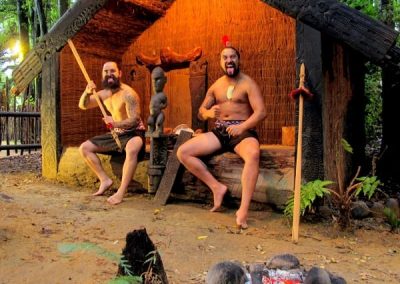