The world is like a mask dancing. If you want to see it well, you do not stand in one place.

The most incredible scenery and impressive heritage sites are right at your fingertips when riding one of Sydney?s public ferries. At night, the harbor buzzes with boats against a city skyline that can?t be beaten, especially on Saturday when fireworks light up the sky. Get a total harbor fix with an occasional whale, dolphin or sneaky seal sighting.

One can trace the roots of the ferry system as far back as 1789 when the first ferry service was established from Sydney Cove to the farming settlement of Parramatta. The Rose Hill Packet or most often called ?the Lump? was built by convicts and powered by sails and oars. That trip took up to one week to complete. Later, a company of rowboat ferrymen began transporting people from either side of Sydney Harbor.

In 1861, the first commercial ferry service across the harbor was established and in 1890 the Balman Shipyard began as a depot, ferry coaling wharf and later turned into a maintenance facility and training base. In 1932, the Sydney Harbor Bridge opened and the ferry patronage dropped from 30 million to 13 million passengers per year.

The $5.00 one way fare seemed expensive to me until I heard from a guide that the average daily cost to park a car downtown was $80.00. Today over 15 million passengers commute on the deepest harbor in the world. It?s a Sydney tradition to wave at other ferries as they pass. 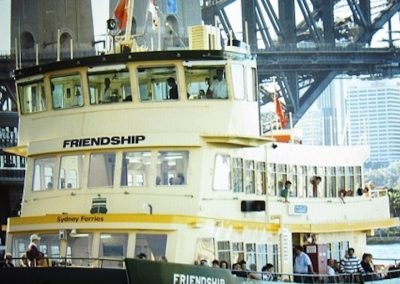 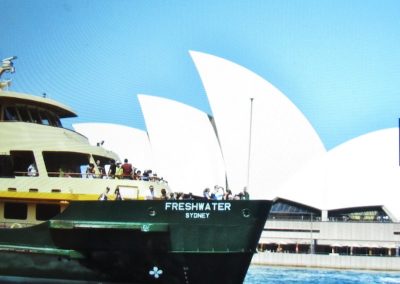 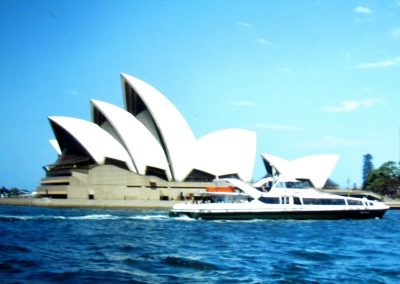 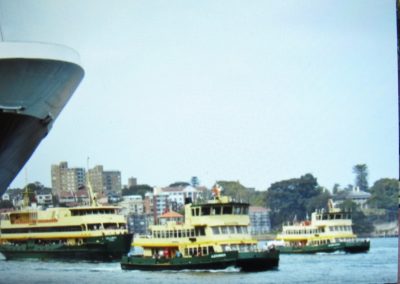 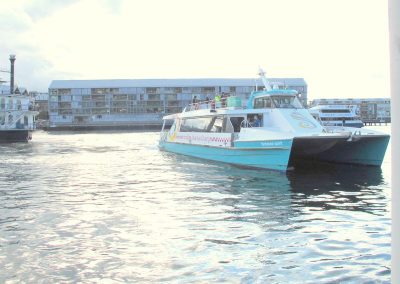 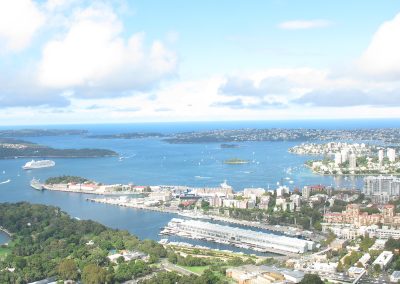 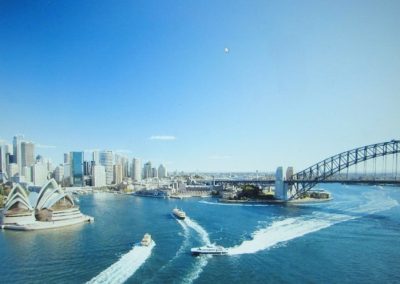 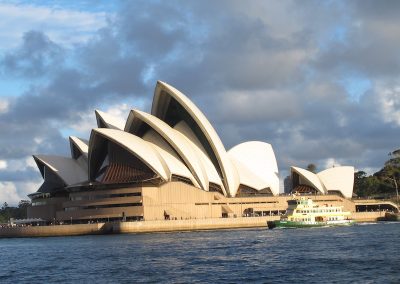 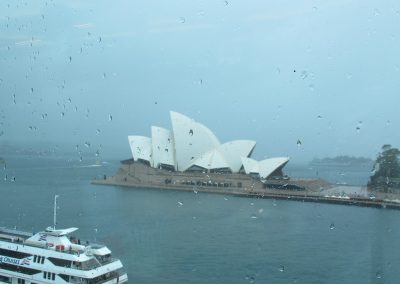 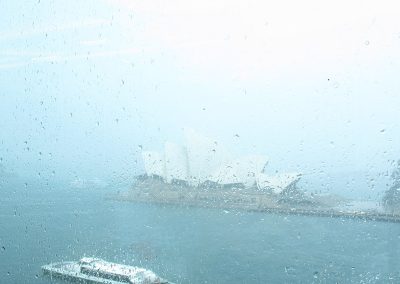 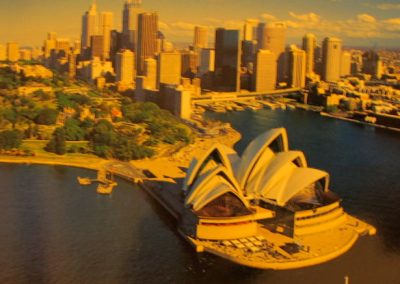