Everything has beauty, but not everyone can see it.
Confucius

Sticks that walk (stick insects) are the longest insects on the planet; some measure two feet long. They have evolved into bizarre shapes to hide themselves from predators among foliage and branches. The Giant Prickly Stick Insect?s camouflage looks more like a cactus with a bulky body covered in spines. Its desert-plant-looking legs have big lobes. The males are shorter and have long wings enabling them to fly unlike the females. The insect has an amazing defense strategy: it will mimic a scorpion when threatened. They will curl up their tail to look like a scorpion as well as raise their front legs like shears. Predators see what they think is a scorpion and don?t want to take the risk of attacking a poisonous scorpion. The stick insect is actually harmless but uses its tail to bluff predators.

The female can reproduce with a male, (sexually), or without a male, (parthenogenetically). When the female does not mate, she will lay eggs that develop into females. When she does mate, she will lay eggs that will develop into both males and females. One variety that I read about, called Phllium Giganteum, has evolved into only females. This little female in the photo looks like she is smiling for the camera?

The several-story-high domed building of the Penang Butterfly Farm houses more than 4000 butterflies plus dozens of varieties of insects and reptiles. David Goh, the owner, hopes to promote and safeguard the various species of Penang butterflies and insects along with their habitats. Some of us have hearts who still whisper ?wow? at the sight of a butterfly. Found on every continent except Antarctica, their diverse characteristics are documented as far back as the time of the Ancient Egyptians, with wall paintings around 1350 BC. Of course, we all know that if a butterfly lands on you, then you will have good fortune. What better place to find some good luck with hundreds of butterflies flitting, whirling and dancing about? 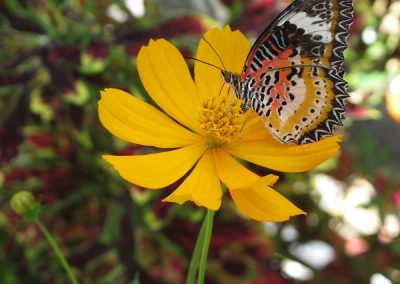 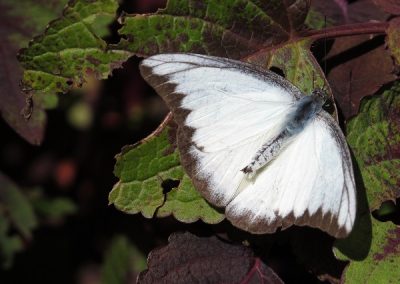 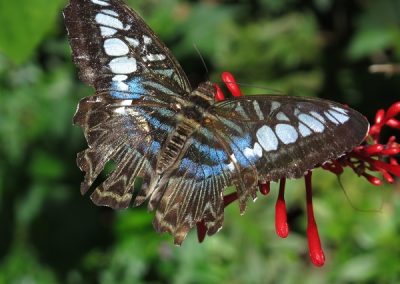 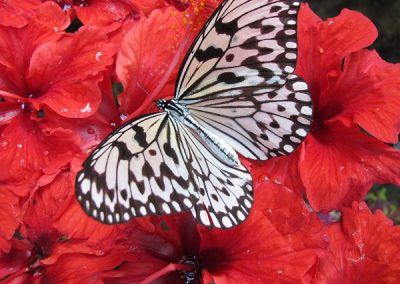 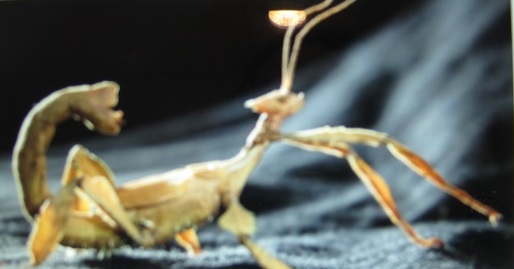 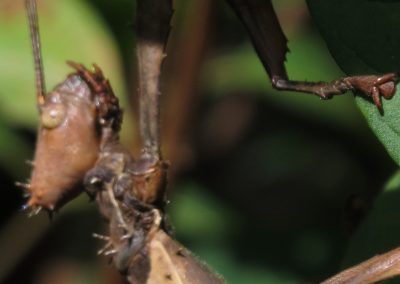 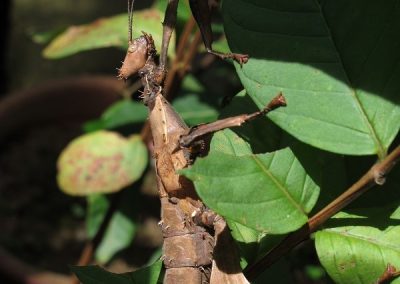 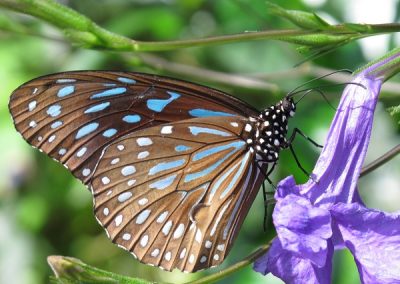