Set your life on fire. Seek those who fan your flames!

Serendipity comes from the word serendip which was the old name for the tropical island of SriLanka. To experience more than sun-bathing on the beach, find the village of Ambalangoda on the southern coast, south of Colombo. The Karava people (fisher community) practice the devil-dance rituals even today, and still believe in serendipity. The common belief is that when someone experiences any kind of illness or physical problem, they need devil dancers to chase the ailments away. These exorcism rituals to cure a patient, called ?thoval?, start with an elaborate stage built in the front yard using natural materials from coconut and banana trees. The beginning of the ritual starts with the beat of the drum representing the patient?s heartbeat. The full ceremony can last all night.

The ill patient being harassed by unforeseen spirits requires a series of 18 different devil dances with each mask representing a certain demon. The 18 Sanni Demons represent everything from smallpox to mental illness, cobra poisoning, temporary madness, and blindness. The five Yaku demons are particularly dangerous. People looking into their eyes can become sick or even die. These demons can cause erotic dreams in girls, mental illness, and even paralysis. The demons must withdraw their evil influence when the patient offers them gifts. Once this is done, the demons are pacified and are sent away. After the ritual is finished in the early morning the Torch Dancer appears. The presence of the demons has polluted the place. So, the double torch dancer ?swallows? the essence of these evil influences, causing them to disappear which purifies the house once again.

The devil-dances began centuries ago in ancient India in reference to a story about a Prince and his 18 devil companions. The story began when the King of Visala came back from war and found his wife pregnant. He accused her of adultery and ordered her death. She promised as a sign of her innocence that the son in her womb would someday kill his father, the King. She was killed, but her son was named Prince Maha Kola. One night the Prince heard a voice telling him what had happened to his mother. He collected the poison from serpents and formed 18 balls. He then went to the palace of his father, the King. There he smashed the 18 balls on the ground and 18 disease demons sprang up. Maha Kola and his 18 companions brought death all over the country. The Lord Buddha was aware of this disaster caused by the unrestrained power of these demons. To bring relief to the people he came to Visala and expelled Maha Kola and his 18 companions, the Sanni demons.

People began to make up songs, dances and rituals for the demons. Although the mythology started with a story about the Prince and his demons killing everyone with diseases the story changed with time to that of the demons now curing diseases after time-consuming dances and offerings. 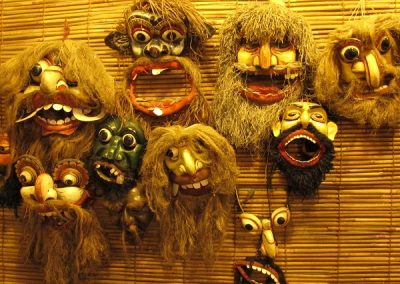 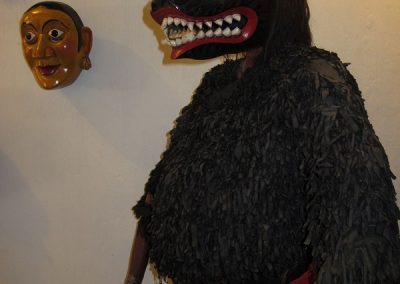 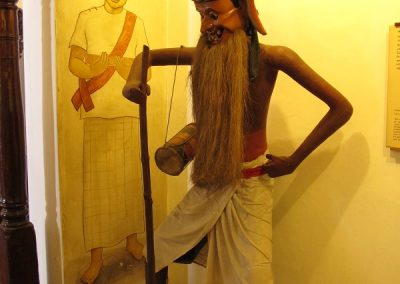 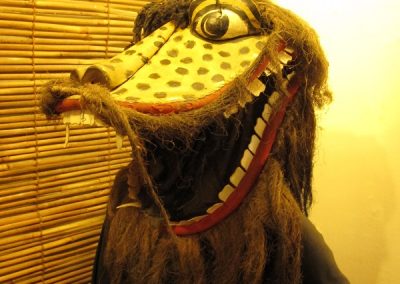 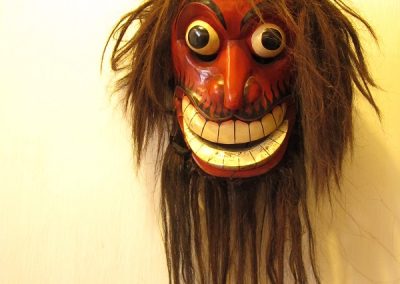 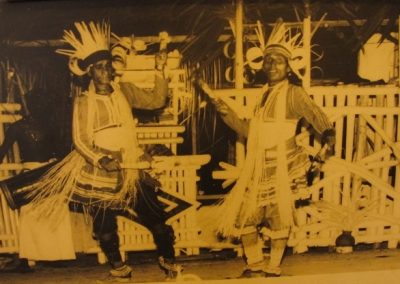 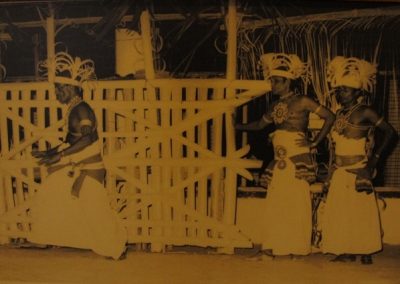 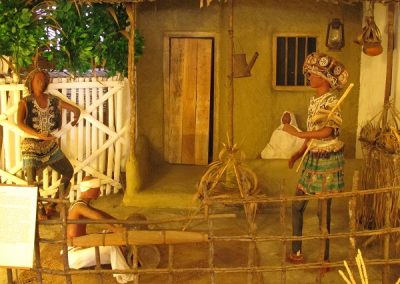