A Bus Ride to the Borderline of the Darien Gap, Panama

Strength lies in differences, not in similarities.

Apprehension oozed from my senses as I boarded a local bus, or red devil, knowing that, by day’s end, I would reach the borderline of the Darien Gap, the end of the earth for Panama. Seeing a television monitor hanging to the right of the driver?s head meant one horrible thing. The captured audience was forced to listen to music so loud that even the goats tie on the bus rooftop wanted to dance! The bus driver kept the temperature mucho frio, or very cold, in order to remain awake (I guessed). This made the stops to stretch legs and to find disgusting outhouses for toilet breaks, challenging.This was worse for me because I wore a tight-wound sarong and sweatshirt.

Soda pop transferred to plastic bags with the sides tied around a straw saved buyers the inconvenience of paying a deposit on glass bottles. Next to me, a young mother tried to funnel orange soda pop into her baby?s bottle, and with the bus driver swerving our vehicle all over the road, she wasn?t able to do such a great job of it. The orange, bubbling liquid felt cold as it dripped on my tennis shoes. Weaving in and out of the steady red of brake lights, the driver tested the tempting shoulder of the road, affording him the opportunity to veer back into traffic without notice or regard. Although, at times, the road narrowed to a single lane, drivers ignored common rules of courtesy and safety, creating six lanes, sometimes all going the same direction.

Across the aisle, a young boy held a shoebox, like a treasure chest of gold, never setting it down the entire trip. Inside, a bird protested the claustrophobic quarters with non-stop irritating chirping. Six hours later, road dust floated into windows duck-taped open. The bus station for Meteti, the last decent town before the end of the road in the Darien Gap, consisted of small chivas, or pickup trucks, working their way in circles with drivers yelling out their routes. 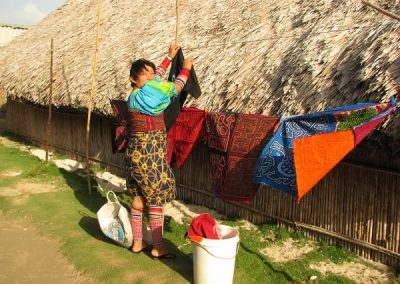 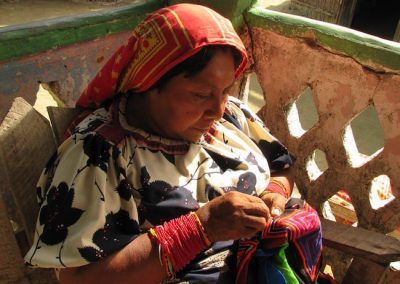 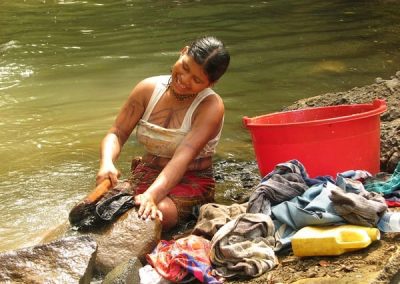 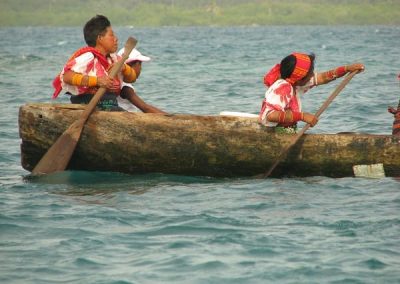