The sight of the hotel on Num Num Island was like rowing to an island with a movie set in place. The old three story mansion…No reflections from glass. The spaces were empty.  Three days sounded like the right amount of time to while away the hours without phones, computers, television. Not on my mind however was the fact that no electricity meant no refrigeration so no food to speak of. (or at least safe food) A young woman and her two boys maybe six and eight maintained the place. The only food on the menu that I could trust was eggs and three meals a day of foreign fried eggs is enough to scare anyone away from a basically deserted island. However an electrical storm with lightning as bright as flood lights didn’t help my level of contentment. The toilet located in the damp basement offered little comfort at midnight when the flashlight couldn’t be found.
The  young boys entertained with cute little boy antis like arguing over which picture to color after mm drew animals on a piece of wood and I offered my colored markers. A boat delivered rice sacks one morning and the oldest found climbing the steep and slippery rocks with the heavy load on his back difficult.
Logging around Num Num Island is illegal except retrieving logs in lakes. Barges carrying heavy cranes raced for bringing up the most logs in a day. A man would dive down, carrying a chain or cable attached to a hook and wrap the cable around logs on the the lake bottom. He then swam up and gave the crane operator a signal for the log to be pulled up. Piled high on the barge the logs were moved by an elephant on the mainland harnessed now to the cable attached to logs.
The momma elephant screamed at her baby about to slide off the muddy banks into the lake. Not minding his momma the baby stepped to close to the edge and slid in. Momma screamed as she felt helpless in helping her baby get a grip on land to pull himself out. My canoe bobbed up and down, with the ripples from the huge animal thrashing the water with his trunk. The momma finally found a secure step with one foot and bent as far over as possible with her head. Her trunk intertwined with the babies and that little tug she gave was all the baby needed to step forward out of the mucky lake edge.
Need a massage? Best place to meet the blind is in a cooperative organization designed to give blind people a chance for a job. Two dollars may sound inexpensive. But this one case where the old adage you pay for what you get is not true. The whole body massage lasts over an hour and you are so relaxes that the idea of leaving doesn’t cross your mind.
Sitting on top of an elephant back sounds like a unique experience especially without any type of wood seat and rope to hold on to. Getting down is where the problem begins as the loose wrinkled skin of the momma elephant gives too easily. Toppling head under heels calls for a visit to a doctor which simply meant  looking for a red cross sign, sometimes.
The town a block long offered little hope for a doctor. The scraps from the elephant fall only looked bad. A Hard fall of gravel and dirt imbedded in the torn skin? Just needed cleaned away. A tiny hidden behind foreign words a part of a red cross caught my attention while walking the town. Fifteen minutes later the scrape was cleaned and saturated in dark iodine. Leaving the doctor’s office I was rewarded with bows and smiles. The do wanted .50 for two bottles of hydrogen peroxide and six antibiotic tablets. My 5.00 US made their day.
Walking over the river into the countryside offers handfuls of rewards. Children use handmade nets for catching crayfish and crabs and seaweed for dinner. Young men walk their motorcycles down steep paths for a daily bath. 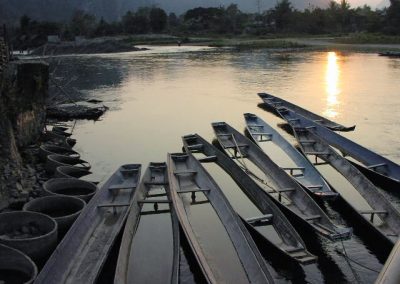 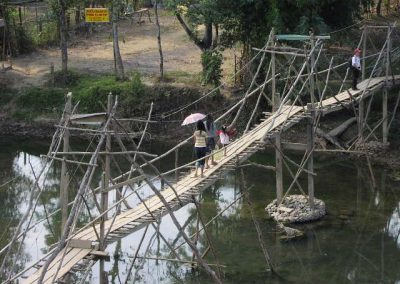 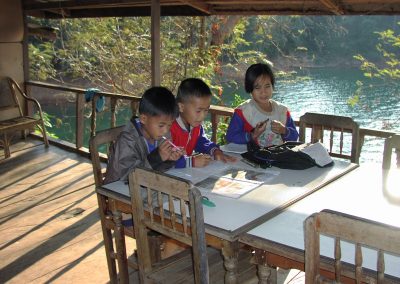 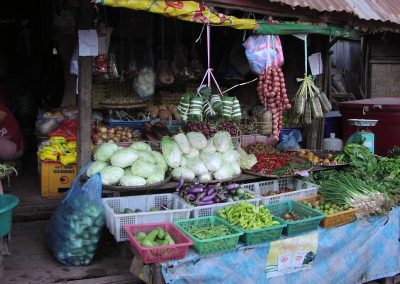 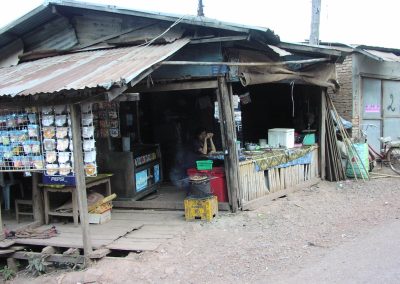 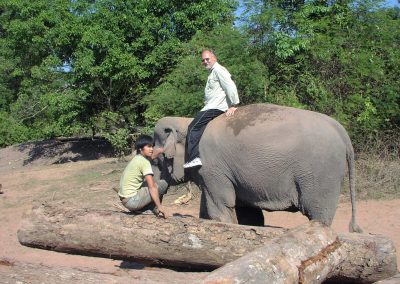 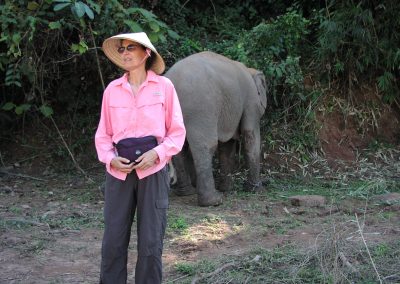 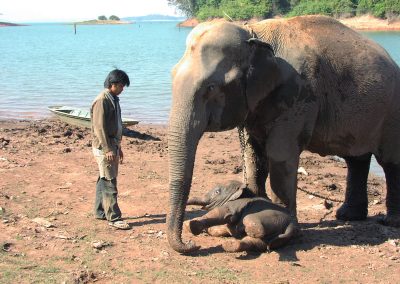 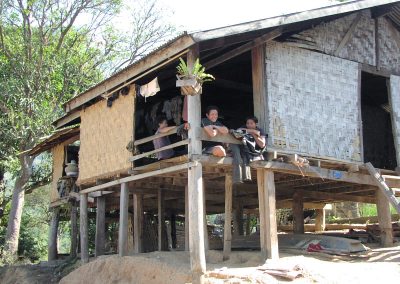